We have added out-of-core (OoC) training, which enables execution of model over GPU memory size by automatically assigning parameters and computations to CPU memory during training/inference with GPU. Details of the algorithm are shown in this paper, and this is the publicly released implementation of the method.
OoC functionality can be easily used by adding a few lines to nnabla code.

Also, a Colab demo for OoC is available at nnabla-examples repository. Details on the usage of OoC and its efficiency can be examined, so please give it a try.

Follwoing is an example of object detection with CenterNet implemented with NNabla
（Image is taken from the original CenterNet repository）. 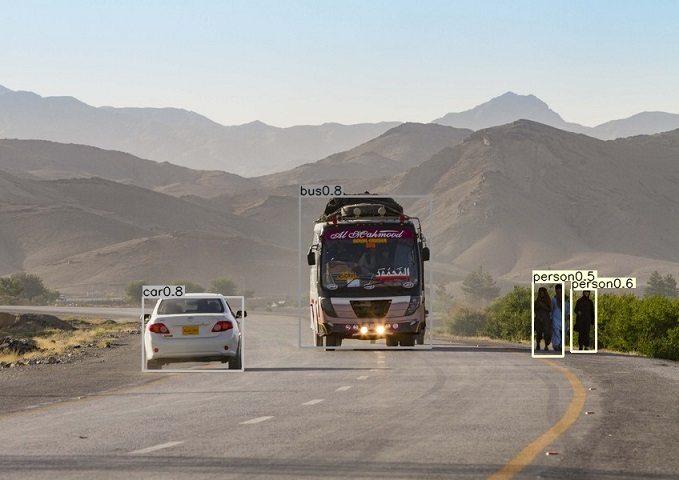 Pre-trained models are also available so that you can immediately run inference with CenterNet. Please give this one a try as well!